Robert Louis Stevenson (Treasure Island, The Strange Case of Dr Jekyll and Mr Hyde) lived here the last years of his life, in a mansion on a hill just outside Apia, the Capital. The locals used to call him Tusitala (teller of tales).

Samoa (the independent state of Samoa, not the American Samoa, which is further east) is composed of two big islands: Sava’i and Upolu plus a number of other small islets. It is a place where time passes slowly , there are few cars (recently they were able to switch from driving right to left as in England for economical reasons simply by saying: ”Tomorrow at 12 o’clock every car has to stop right where it is, wait 5 minute, then go to the other side of the road, wait for the signal on the radio and proceed that way). Imagine doing that in any western country – TOTAL CHAOS for weeks!

The Samoans are funny: they are like big, fat smiling children; their only dress is a pareo (a wraparound skirt) and a couple of flip-flops, nothing more. Life in Samoa is apparently easy: fishing, farming and fruits collection. No traffic, no smog. The only drawback is that every January some hurricanes hit the islands: when this happens, Samoans leave their homes (which are wooden made and have no walls!) and head to the mountains to get safe. Then they return (most of them have to rebuild their homes) and start again the usual activities, which includes having every sunday a big barbecue Samoan style. 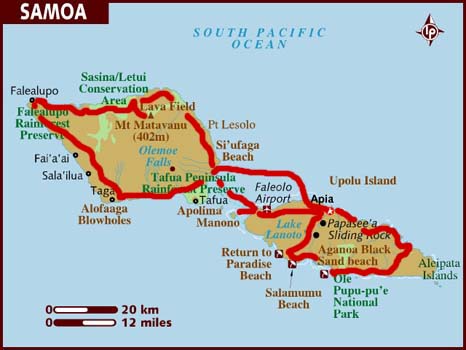 9 september 2003 – from Vaisala to Manase – trekking on Mount Matavanu 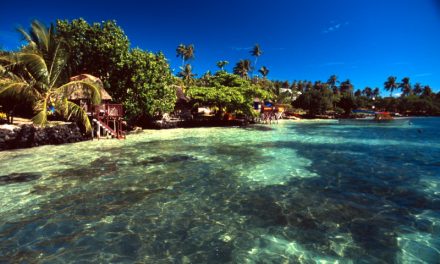 Photos from Fiji and Samoa 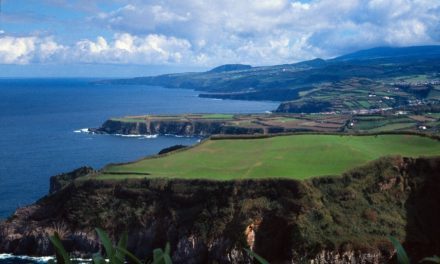 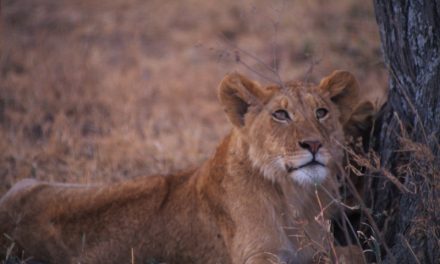