August 2014. The trip we planned for this year was based around a dream we had: seeing and meeting the Moutain Gorillas. During the cold winter months we surfed the web for informations, news, suggestions. And than we decided to do the opposite.

The obvious choice was to follow the footsteps of the many travellers who choose to do that by visiting the much easier parks in Rwanda or Uganda, a much secure and organized way to see these creatures in the wild, but after visiting the Virunga National Park website we immediately decided that the Democratic Republic of Congo was the place to go in spite of the dangers and warnings against it.

We luckily followed our instinct and we have been rewarded not only by the wonderful experience of seeing the magnificent and fierce Mountain Gorillas and the amazing, wild nature of this park, but also we had the chance of living a profound, human experience who has literally changed us inside. All in just four days.

After a ten days tour of Rwanda, an amazing and beautiful small country which is recovering very fast from the wounds of the 1994 genocide  – we strongly suggest you to go there and see the remarkable development they had in the last years – , we cross by foot the border between Gysengi (on the Rwanda side) and Goma and we enter Congo (DRC – or Democratic Republic of Congo).

Just across the border a Jeep is waiting for us to take us to Rumangabo – the park headquarters – the driver Eric is going to bring us there. The roads of Congo immediately tells us that this is a completely different situation. Dust, holes, chaos, poverty, tension, weapons, soldiers, U.N. Trucks are everywhere.

After stopping in the park office in Goma, where Vianney our helpful contact hands us the permits, we pick up two armed rangers who will make the trip with us to guarantee security through the long and dangerous road to Virunga National Park.

All around we see lava fields and shacks, passing people, colors, hundreds of children, women carrying incredible weights on their shoulders, men with machetes, guns, tools.

After two hours of hard road and army check points and in constant radio contact with other rangers to tell us about the security situation we finally get to the park headquarters, Though all these precautions looks a bit over the top, we can’t forget that in April 2014 on this very road, the truly exceptional Emmanuel De Merode, director of Virunga Park was shot three times in an ambush and barely survived the attack, and is back leading the rangers in the strenuous defense of the park and its amazing creatures.

During the four days of our stay, We went on the trek to meet Humba – a huge siverback gorilla and his family of six, another trek to see the Chimpanzee playing in the forest, we visited the Senkwekwe Orphanage where some orphaned baby Gorillas are cured and protected with unbeliavable love and care from the rangers. We had then an amazing experience with a team of rangers who work with a group of Hound Dogs to track poachers, and we had the opportunity to meet some truly amazing people who work here for the conservation of the park: Francesca, a forest engineer who has living in Congo for many years, a young spanish civil engineer, a belgian mechanic in charge of the cars and trucks in the park, the Garamba National Park director and his parisien pilot who flew him there, the staff and all the rangers, who risk everyday (literally) their life to protect this incredible natural paradise….  and then our driver Eric who drove his jeep to nearly impassable roads, and all around monkeys, birds, flowers,

Alexis, the guide who took us to see the Chimps,  said to me “Aimez-vous la forêt?  and without waiting for an answer said with a smile “J’aime beaucoup la forêt”.  They truly do.

We think we will return here again. And we’ll do it. Here’s the kicker: you have to put a little courage in deciding to do something special. It is not that hard. Come here in Virunga and support these people who are protecting this natural paradise and makes us feel proud to be humans. Together with the forest who hugs and protect Humba.
Let’s make an effort. Together.
Visit Virunga!
Virunga National Park Official Site
Virunga – The Movie – an award winning documentary by Orlando Von Einsiedel
We will post the full story and pictures in a few days. Stay Tuned! 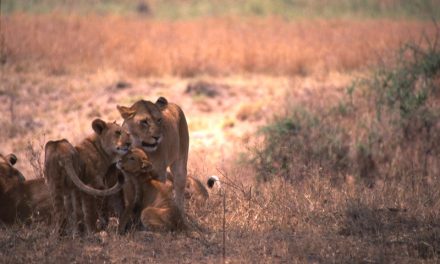 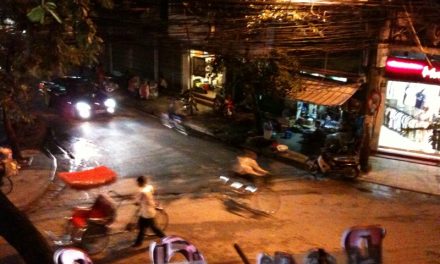